The Ibrahim and Queens College Student Leadership Program in the Middle East empowers cross cultural, interfaith networks of American student-scholar-activists with a nuanced understanding of the complexities of this strategically vital region that is in the midst of a tumultuous transition.

The students interact with a broad spectrum of Middle Eastern cultures and perspectives, particularly in the fields of religious understanding, social entrepreneurialism and conflict transformation to fortify their role as thought leaders and informed actors on the front lines of hope, empathy, and enlightened self interest. 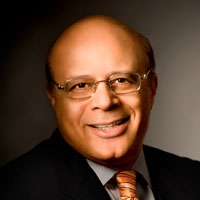 Mr. Ibrahim joined Radian in May 2005 from GreenPoint Mortgage Funding, Inc., a residential mortgage lender, where he served as president and chief executive officer from 1999 until April 2005. Before that, Mr. Ibrahim was chief operating officer of GreenPoint’s mortgage businesses as well as an executive vice president of GreenPoint Financial Corporation.

Prior to joining GreenPoint in 1997, Mr. Ibrahim headed international re-engineering for American Express in Europe, Australia, Asia and Latin America. Mr. Ibrahim spent many years in various consumer-banking positions at Chemical Bank, and was CEO and COO of their mortgage business. Early in his career, Mr. Ibrahim held positions with Bank of America and General Electric.

Mr. Ibrahim is chairman of the board of MERSCORP, Inc., and serves on the California Mortgage Bankers Association Board of Directors, Mortgage Bankers Association of America Residential Board of Governors, Fannie Mae National Advisory Council and International Institute for Education’s Regional Advisory Board. Mr. Ibrahim is also a charter member of TiE (The Indus Entrepreneurs) in Silicon Valley. Mr. Ibrahim holds an MBA in Finance from The Wharton School of the University of Pennsylvania and a BE in Engineering from Osmania University in India. 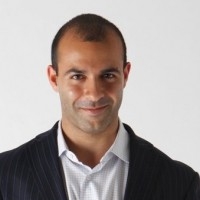 Winston Ibrahim is Co-Founder & CEO of Hydros, the makers of fast flow filtering hydration products. The company is dedicated to providing sustainable high quality consumer hard goods as well as to fighting the global water crisis.

Ibrahim is also Co-Founder of the Ibrahim Leadership and Dialogue Program in the Middle East, a pioneering effort to develop a generation of U.S. leaders sensitive to inter-cultural understanding. He also serves on several boards including Interfaith Youth Core (IFYC), an organization that works to engage religious diversity by building interfaith cooperation on college and university campuses; and ThinkImpact, a leading social entrepreneurship education company.

Prior to Hydros, Ibrahim worked as an investment banking analyst at Janney Montgomery Scott in Philadelphia. He received his Bachelor of Art degree in Political Science and International Relations from the Johns Hopkins University in 2009. While a student he served on the executive board of the Jewish fraternity AEPI.

Mark Rosenblum is an award-winning historian at Queens College of the City University of New York where he is director of the Center for Jewish Studies, the Center for Ethnic, Racial & Religious Understanding, as well as the Michael Harrington Center for Democratic Values and Social Change. An expert on the Middle East, he has combined academic research and policy analysis with direct involvement in Mid East conflict resolution since the 1980s. Since the mid 1980s, Professor Rosenblum has been involved in numerous efforts to facilitate Israeli-Palestinian coexistence: through organizing and moderating six international conferences, hosting a roundtable discussion series televised in the U.S., and launching an Israeli-Palestinian youth dialogue program. He has received major grants for his Middle East work from the Clinton Global Initiative, the Ford Foundation, the US Department of Education, among others. Professor Rosenblum has been selected by the Forward Newspaper as one of the 50 most influential American Jews. Professor Rosenblum was the winner of the highly regarded presidential award for excellence in teaching from Queens College.

Nashwa Lylah El-Sayed is a recent graduate of Queens College, with a B.A in international relations. She was the president of the Egyptian Cultural Club on campus, as well as a facilitator for the Center for Ethnic, Racial, and Religious Understanding. She was chosen as a student scholar in the 2013 Ibrahim & Queens College program. She returned as a Teacher’s Assistant working with Professor Mark Rosenblum on America and Middle East: Clash of Civilizations or Meeting of the Minds, an award winning course series, in Queens College. She now works as the Assistant Manager for the Ibrahim & Queens College Leadership and Dialogue Program. Nashwa hopes to continue her Masters in Foreign Policy and Non-Profit management, and hopes to establish her own NGO to prevent international child abduction and human trafficking. Nashwa has an interesting life story that you can learn more about in the Media and Videos section on our website.

“International education has an extraordinary value for students – by taking students out of their comfort zone – forcing them to see and experience the other – they become better citizens of their own country, understanding that people should not be defined by their differences but by their similarities.”

Videos About the Program 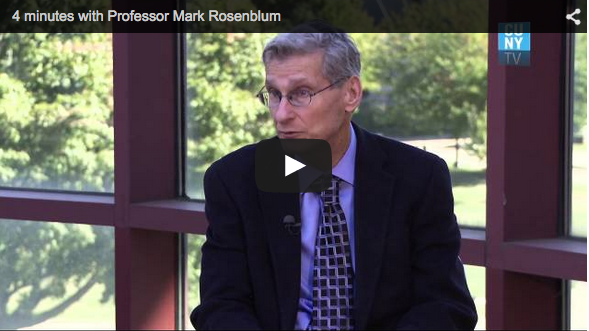 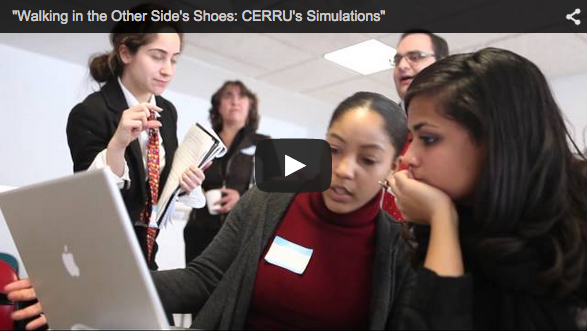 ``Walking in the Other Side's Shoes: CERRU's Simulations``

“Walking in the Other Side’s Shoes: CERRU’s Simulations” 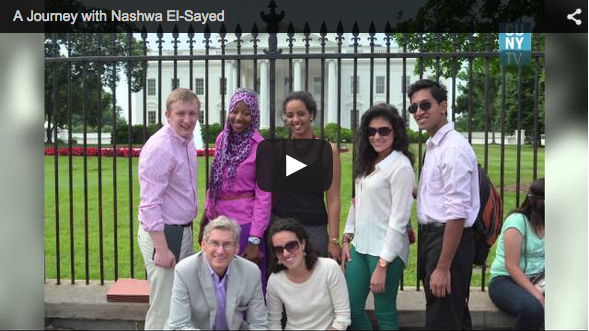 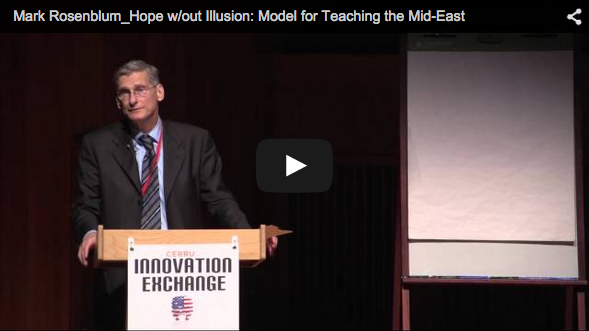 Mark Rosenblum Hope w/out Illusion: Model for Teaching the Mid-East

Mark Rosenblum Hope w/out Illusion: Model for Teaching the Mid-East

“This experience reinforced my belief that experiential learning is one of the most powerful tools one can employ. While many still view Islam in the Middle East as a static monolithic entity, I learned that is not the case especially when one examines two Muslim neighboring countries like Oman and Saudi Arabia back to back.”

Queens College is one of America’s most culturally diverse colleges. Located in the most ethnically diverse urban area in the world, more than half of Queens College’s students were born overseas; they come from more than 150 countries and speak more than 90 languages. Queens College is a laboratory for diversity with its award winning Middle East Program and a perfect setting to bring diverse people together to enhance understanding.

The New York Times in its front page story above the fold about Queens College on October 27th, 2013, reported that it “had been awarded second place in a new ranking of American higher education [by the Washington Monthly] ahead of flagship universities, ahead of elite liberal art colleges, even ahead of all eight ivy league universities.”

We're not around right now. But you can send us an email and we'll get back to you, asap.