Omani Voices – The Women of the Sultanate 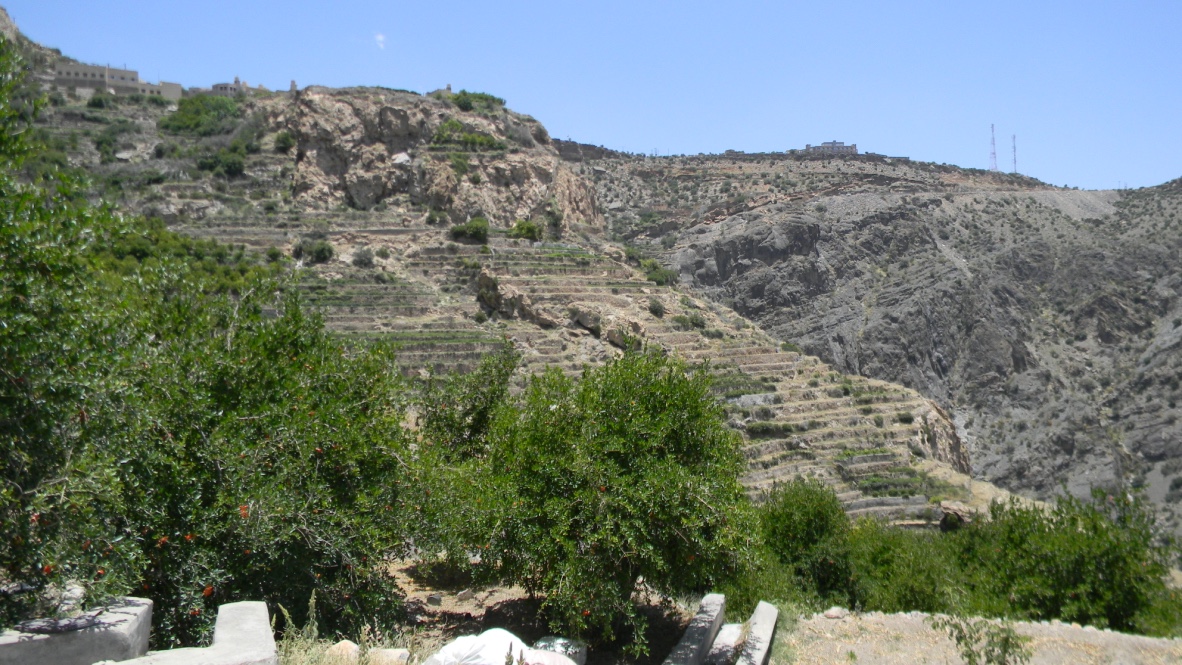 Although lavishly apparent, food and oil were not the only luxuries in Oman leading to its success as a nation. The powerful Sultanate is located on the Arab Peninsula and has a population of over three million. Its society is a tribal one and consists of at least 5 different racial/ethnic groups including Omani Arab, Pakistani, and Indian. Its lifestyle, history, architecture and confident citizens definitely heightened our expectations for the Middle East.

Despite the false stereotypes made about this part of the world, my experience in
Oman taught me how easy it is for one strong nation to break them. One stereotype the Arab world usually faces is being oppressive towards women, and Oman proved to me the complete opposite. There are many moments that stood out to me and sparked my interest in learning more about the culture-oriented population. I wanted to know what its citizens go through on a daily basis and especially what challenges a woman might face.

On the contrary, Omani women are some of the strongest women I met. In Oman, my peers and I had the honor of meeting female politicians, female diplomats, and female private business owners. These individuals were proud of their success and live in all the different parts of the Sultanate. 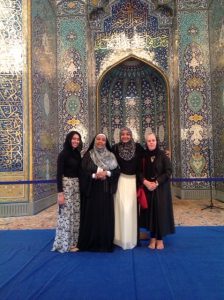 When we arrived in Muscat International Airport, we were greeted by our lovely tour guide Maggie Jeans. A woman’s role in Omani society exceeded my expectations when I met Maggie and the women she helped introduce us too. Maggie has been living in Oman for over 26 years and works for the British Business Forum (BBF) promoting UK-Oman relations. She was with us during almost every visit around the country and made sure to show us as much Omani beauty as we can see. Maggie describes Oman as “the jewel of the Arab Peninsula.” She is also a former educator and current director of Al Manahil International LLC. When we ended our fellowship, we received news that Maggie was awarded an OBE in Queen Elizabeth’s 90th Birthday Honours for services to Anglo-Omani relations. Not only did Maggie prove to us how ambitious a woman living in Oman can be, but also how satisfying it is to have been a female expat able to find opportunity in it.

During our visit to the Sultan Qaboos Mosque, we met our tour guide Naima Yusuf. Naima has been living in Oman for 35 years and has been working for the Islamic Information Center for five of them. She described the women of Oman as strong, independent, and loyal to their country. Naima had no complaints and believed in the woman being able to work and nurture her loved ones at the same time. “Women in Oman really enjoy their freedom,” she said. They can work in any positions, drive cars, and even mini buses. We also have women who are police officers, pilots, surgeons, engineers, ambassadors, and so on.” 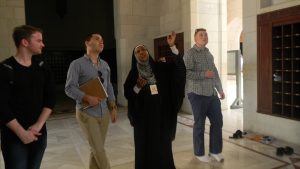 Indeed, I later met a female entrepreneur who is a makeup artist and has a wedding preparation business. Her and her husband, Mr. Nasser Norouzpour, are from Iran and agree that working in Oman has benefited them immensely. The support this man gave his wife was refreshing and both knew how to assimilate to the society. He explained to me how Mrs. Norouzpour started her business while she then explained to me how she continues to make it grow. “There is more business here in Oman for what I’m doing for women,” she said. “Back home, I wouldn’t have been this successful.”

One thing better than having an Arab society that empowers women is having men in that same society who encourage it. The support for women continued when we met ex-ambassador Abdul Aziz Al Rowa. He knew that part of why this nation is strong is the strength of every contributor to it including the women who continuously fought oppression in the past. “Women here in Oman have the freedom to do anything they want,” he said smiling. And although most laws are created by men, women are gradually becoming present in government positions. During our last conversation, Naima described to me how the Sultan of Oman, his majesty Qaboos Bin Said, made sure women of his country are empowered by getting the best education. Oman’s current ministers of education and higher education are both women. “Before H.M Qaboos Bin Said ruled, Oman only had three schools and it was for boys,” she added. “Today we have hundreds of schools in every region of Oman that provides equal education for both male and female.”

The woman’s status in Oman is continuing to prosper over the years and a big part
of the Omani society is actually moving away from traditional means in many of its aspects. According to Oman State Council expert Ahmed Al Mukhaini, marriages are now less arranged and there are new ways to find a spouse. Moreover, the average age for marriage increased over the years from 15 to 27, Female Genital Mutilation is illegal, and abortions are performed only when the health of the mother or baby is concerned. 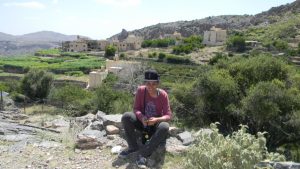 The women of Oman continued to surprise me and illustrated how easily stereotypes in the Arab world can be broken. Not only did they fight oppression in the past, but they also continue to flourish in all work fields of the Sultanate while having one of the highest ranks in their society. My astonishing journey in Oman taught me you can always break the stereotype, but never break the woman behind it.

We're not around right now. But you can send us an email and we'll get back to you, asap.